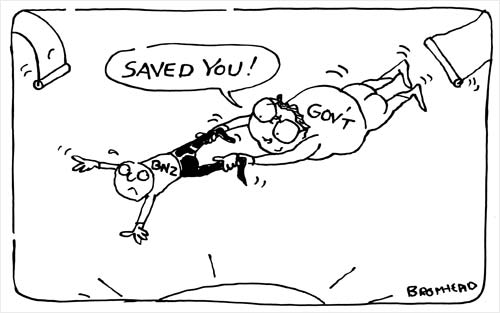 The Bank of New Zealand (BNZ) came close to collapse between 1989 and 1990 and had to be rescued by the government. This cartoon explores the risk to the government, represented by Prime Minister David Lange. His feet have slipped off his trapeze as he dives to rescue another artiste, the BNZ. The Reserve Bank first began supervising banks in 1987 – the BNZ situation showed that supervision could not always prevent bank failures or near-failures.