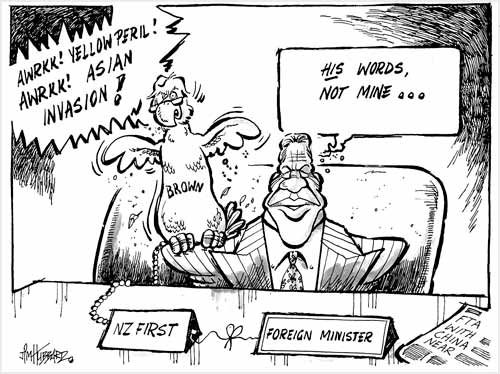 In the mid-1990s there was growing unease in New Zealand about the level of immigration from Asia. The New Zealand Party, led by Winston Peters, was prominent in expressing these anxieties. By 2008, when this cartoon appeared, Winston Peters was Minister of Foreign Affairs and about to complete negotiations with China on a free trade agreement. Clearly it would not have been an appropriate time for Peters to express any anti-Asian sentiments. The cartoon suggests that he left that task to the party's deputy leader, Peter Brown.