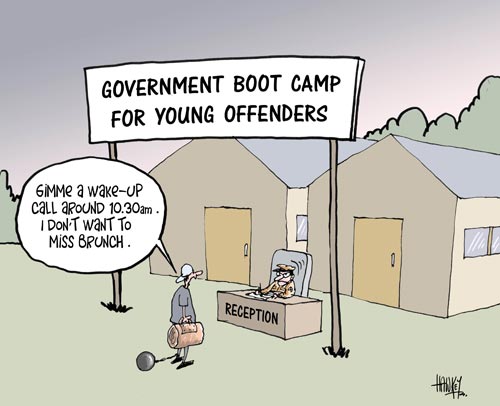 In 2009 the government introduced boot camps for the 40 most serious young offenders in New Zealand. The programme included military-style discipline and training, along with mentoring, education and rehabilitation. Supporters said that boot camps were a good way of getting tough on young offenders. Critics said they did not work and that the most successful programmes involved offenders' families.