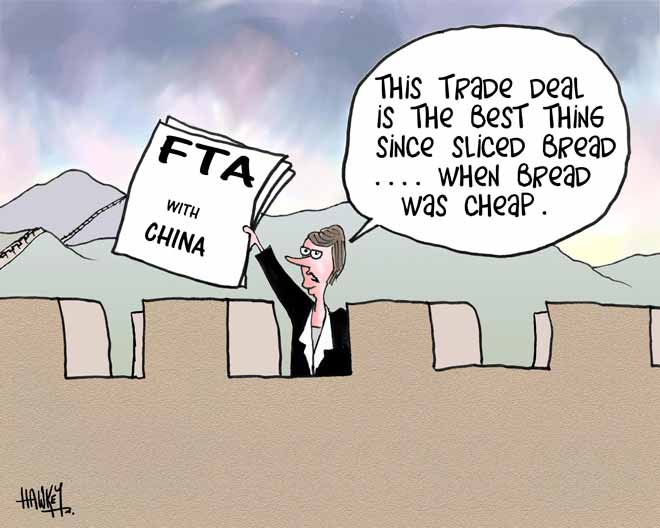 In April 2008 New Zealand and China signed a free trade agreement. Bilateral trade agreements were an alternative strategy for New Zealand after hopes were dashed for a reduction in world trade barriers on agricultural goods. Helen Clark, prime minister at the time, is seen waving the agreement behind the Great Wall.