Helping the farmer through a crisis 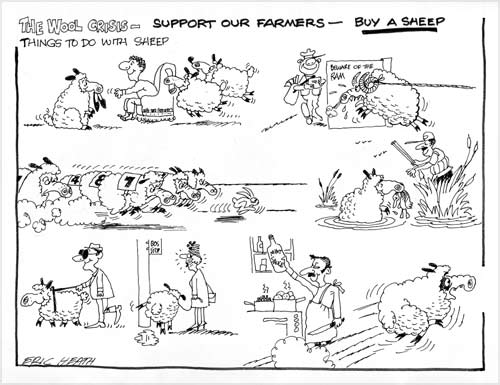 In the mid-1980s, production incentives and price guarantees for meat and wool were abruptly removed. Farmers had to face the reality of the free market, and prices fell sharply. Some heavily indebted farmers went bankrupt, and many had to find off-farm work to survive financially. Sheep numbers declined. In this cartoon, Eric Heath proposes alternative roles for the country’s surplus sheep.

Researching the ‘shower of fertility’