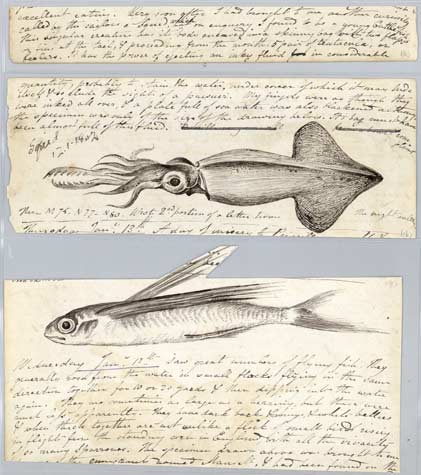 This ink sketch is by John Waring Saxton, who came out to New Zealand aboard the Clifford in 1842. He kept a diary, fragments of which survive and are held at the Alexander Turnbull Library, Wellington. He noted that flying fish generally rise from the water in small groups, fly in the same direction for several metres, then return to the water.