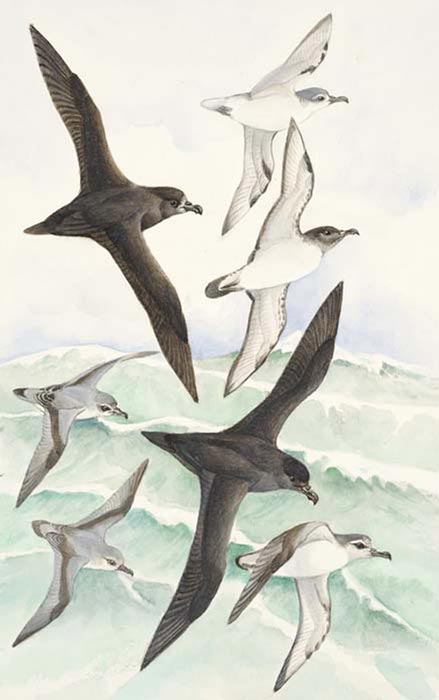 This watercolour by Elaine Power shows some of the diversity of petrels, as well as their common characteristics, such as a hooked bill and long wings. They have rounded bodies with well-developed pectoral or flight muscles. All petrels are true seabirds, spending most of their lives at sea and coming on land only to breed. For this reason, few people other than seafarers notice them, even though tens of millions of petrels breed in New Zealand. Of the world’s 114 petrel species, 37 breed in the New Zealand region.