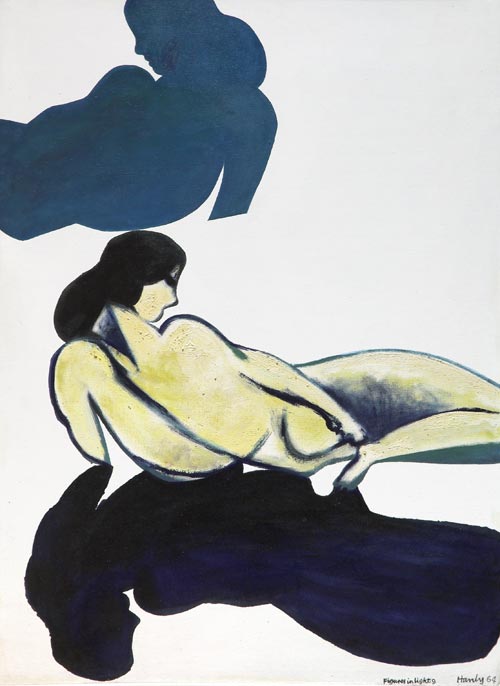 In the 1960s art critics commonly attributed the character of New Zealand painting to New Zealand light. A prominent painter who accepted this viewpoint was the Auckland artist Pat Hanly. When he returned from a period abroad, he made the strong lines and dark shadows of New Zealand central to his series of ‘Figures in light’. Many of these paintings draw on the shapes created by people lying on the beach in the sun.

Debating the influence of light