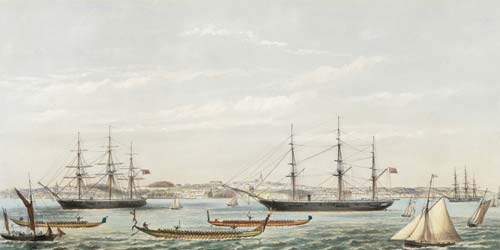 Frederick Stack’s ‘View of Auckland Harbour, New Zealand, taken during the regatta of January 1862’ records a race between Māori war canoes. This was probably held on Auckland Anniversary Day, the most popular occasion for such regattas. Apart from canoe races, most port regattas included races between sailing-boats such as those at bottom right.