Sketch of the first home of brothers William Deans and John Deans at Potoringamotu, Canterbury 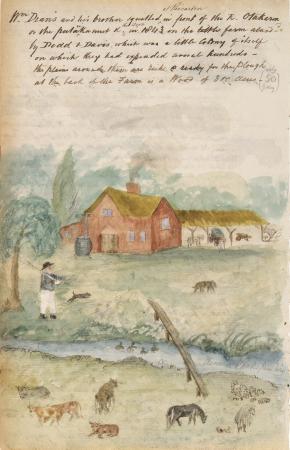 In 1843 William Deans and his brother John Deans took up residence at Putaringamotu or Potoringamotu (later Riccarton). This was near the Ōtākaro (later Avon) River, and established a farm and sheep run.

Good article - but - Im trying to find out where john Deans was interred (buried) and i see that not even Wikipedia has any information on that - He i not mentioned on the gravestone in Barbadoes St Cemetary either would that be because he died of "consumption" or was he buried on the Riccarton House grounds ? Any comments would be welcomed Ian Forsyth (Ayrshireman)