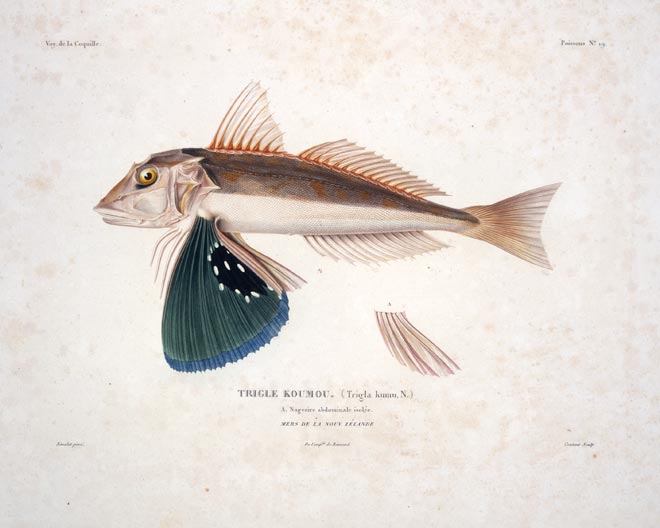 Early French expeditions produced a wealth of discoveries and documentation. Important contributions were made to the fields of ethnology, zoology, botany, geology and cartography. Observations were recorded by a number of talented artists. This lithograph is from a painting by Antoine Germain Bevalet, who is likely to have been assisted by the naturalist René Primevère Lesson. Both were on board the Coquille, which visited in 1824.