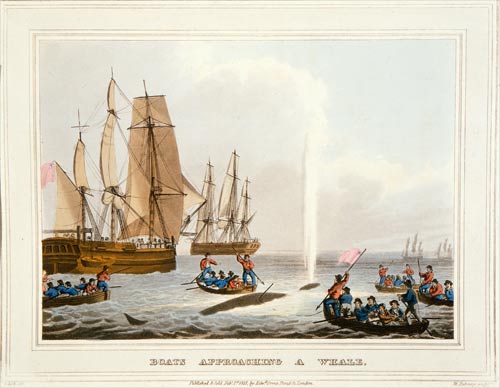 A harpooned whale would thrash in the water and drag the whaling boat until exhausted. The boats would approach and the steersman would kill the suffering creature with the thrust of a lance. If there were a number of boats, those who claimed the whale would mark their catch with a flag attached to the lance.