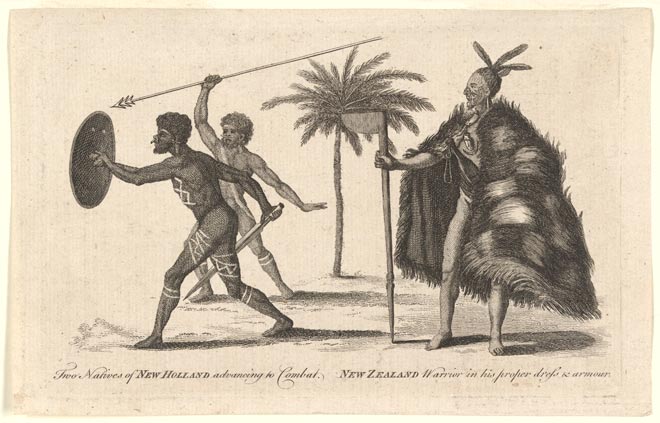 This engraving, which compares Aboriginal men (left) with a much taller Māori man (right), was the work of artist Sydney Parkinson, who travelled on James Cook's first voyage to the Pacific in 1768–71. The English explorers were impressed by the height and strong physiques of Māori men in particular. Later European visitors to the southern hemisphere were also inclined to compare Māori favourably with the indigenous people of Australia. Painter Augustus Earle, for example, who visited in 1827, described Aborigines as 'of the lowest grade', but thought Māori were 'cast in beauty's perfect mould'.