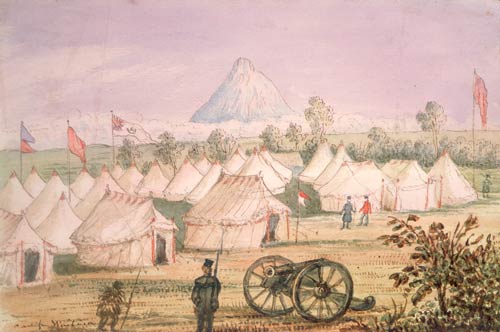 A dispute with Māori over the sale of land at Waitara in 1860 was the catalyst for the New Zealand wars. The imperial government in London retained control over Māori affairs while it supplied and paid the troops fighting the war. This 1860 painting by Charles Gold depicts the camp of the British 65th regiment at Waitara – with Mt Taranaki (Mt Egmont) in the background.

Invoice to the British government