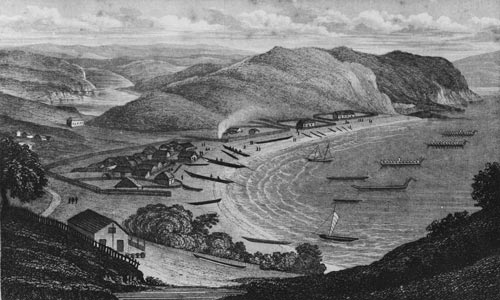 Kororāreka in the Bay of Islands, shown here around 1836, became a centre for European traders, whalers and missionaries, and was later renamed Russell. The town was notorious for prostitution, but some of the connections between European men and Māori women resembled temporary or lasting forms of marriage.