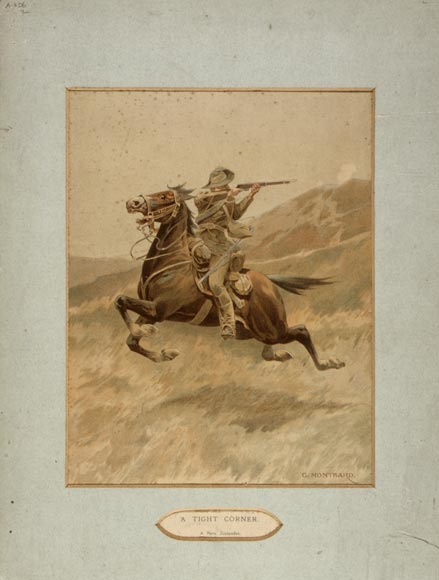 This painting of a New Zealand trooper in the South African War was typical of the way New Zealand soldiers were portrayed at the time. It captures the belief that New Zealand soldiers, popularly known as Rough Riders, were successful in the war because they had grown up on farms and learned to ride as children.