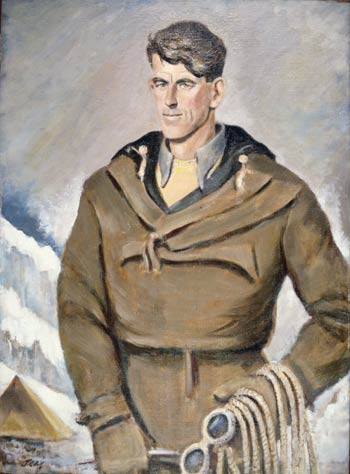 In 1953 New Zealander Edmund Hillary and the Sherpa Tenzing Norgay climbed Mt Everest, on the eve of the coronation of England’s Queen Elizabeth II. The achievement was seen as a British triumph, but Hillary came to personify the brave, self-deprecating New Zealander. In this portrait by John Cecil Hill he is the strong, good-looking Anglo-Saxon hero.

Waiting for the Queen