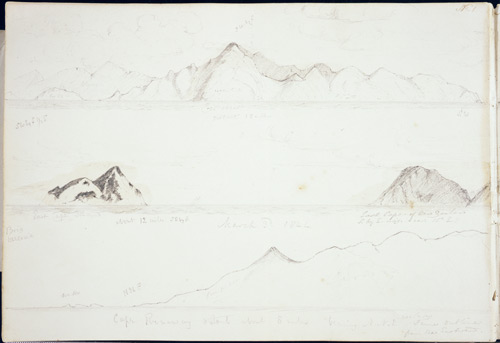 On Captain James Cook’s first voyage to New Zealand in 1769–70 he named a number of places. There are examples on these coastal sketches from the East Coast and Northland, where the names of Cape Brett (at the entrance to the Bay of Islands), East Cape and Cape Runaway appear for the first time.