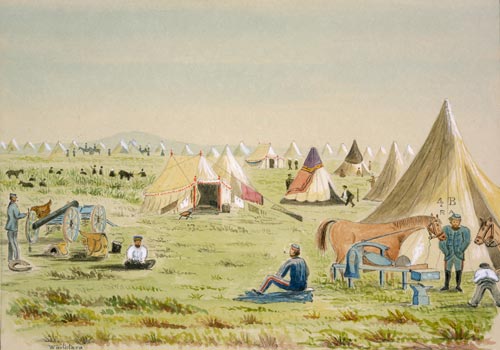 Horses had a major role to play in the army. Not only were they used by cavalry riders, but also moved cannons, ammunition, and other army equipment such as tents and cooking gear. This watercolour shows the Royal Artillery camp at Waitōtara, near Whanganui, in 1864.

Horses in the South African War