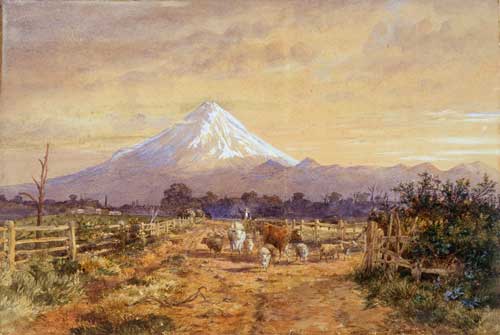 Because of the high rainfall in Taranaki, cattle did very well there, but Merino sheep did not. Early settlers imported sheep from Britain that were more suited to the wet conditions, but cattle always did better, and the area became known for dairying. This 1867 watercolour shows the small scale of farming in the North Island’s bush districts. Large-scale sheep farming was booming in the South Island by this time.

The Spanish or Merino ram