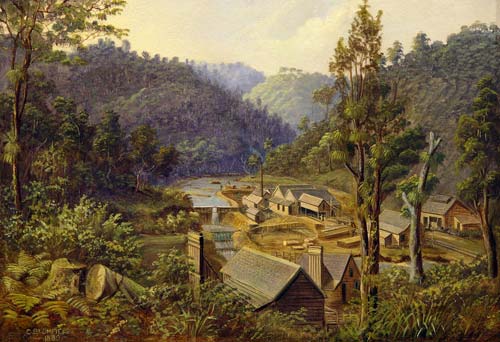 Timber milling was pivotal to Auckland’s economy in the late 19th century. This 1880 painting by Charles Blomfield shows a mill at Whatipu (Manukau Heads). Behind the mill is a dam – probably on the Whatipu stream. Logs were stored in the dam and then released, the flood carrying them downstream to ships. Blomfield strongly advocated the conservation of native bush.

Auckland from the wharf