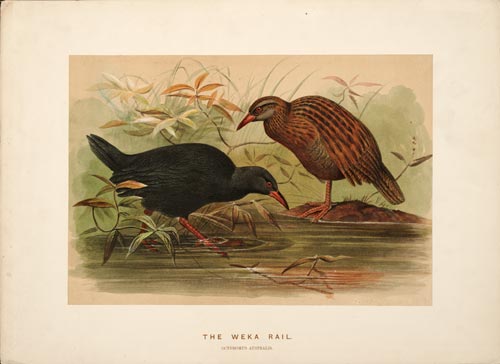 The ground-dwelling weka was one of just two native predators of rabbits. Ironically, when mustelids (ferrets, stoats and weasels) were released in New Zealand in the 1880s to help control rabbits, they killed large numbers of weka.