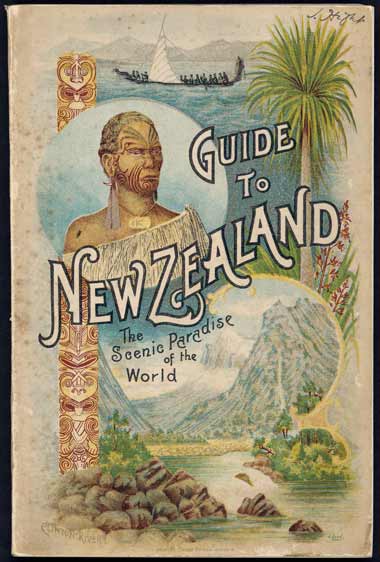 C. N. Baeyertz’s tourist guide to New Zealand first appeared in 1902. At least seven editions were published over the next decade. The book was lyrical about ‘marvelous Maoriland’ and the loveliness ‘of our glorious lakes girt about with bush-clad hills, of snow-capped mountains frowning through the clouds, of our sublimely noble fjords in all their solitary grandeur.’ As the cover suggests, Māori culture in the north and alpine beauty in the south were seen as the prime attractions.