‘Dragged and pinned to the ground by supplejacks’ 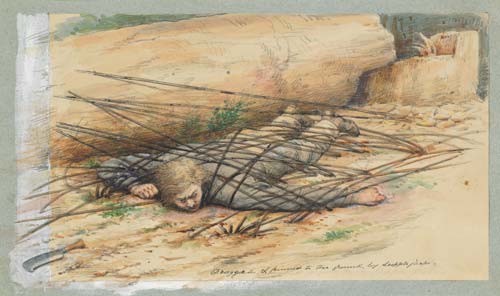 The artist William Strutt emigrated to Melbourne in 1850 and moved on to New Plymouth in March 1855. He bought 105 acres (42 hectares) of land and set out to carve a farm from the forest. Like many settlers he found the bush desolate, and complained of being ‘walled in by the mighty forest and shut out from all human intercourse’. Within 16 months he had given up and returned to Australia. Strutt’s watercolour gives some sense of how forbidding and desperate he found the New Zealand bush.