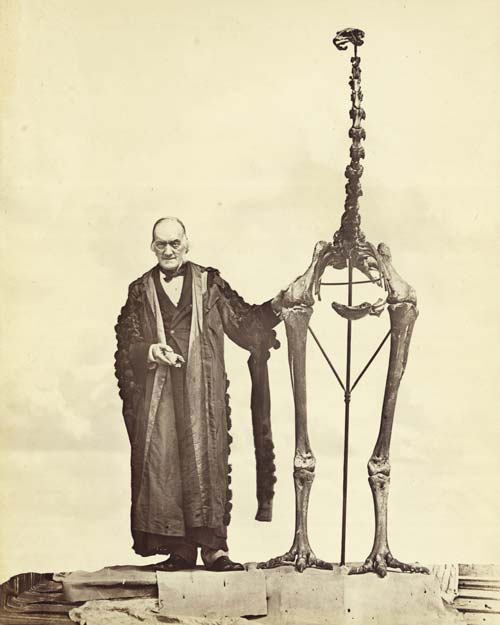 Richard Owen, who became director of London’s Museum of Natural History, was the first to recognise that a bone fragment he was shown in 1839 came from a large bird. When later sent collections of bird bones, he managed to reconstruct moa skeletons. In this photograph, published in 1879, he stands next to the largest of all moa, Dinornis giganteus, while holding the first bone fragment he had examined 40 years earlier.