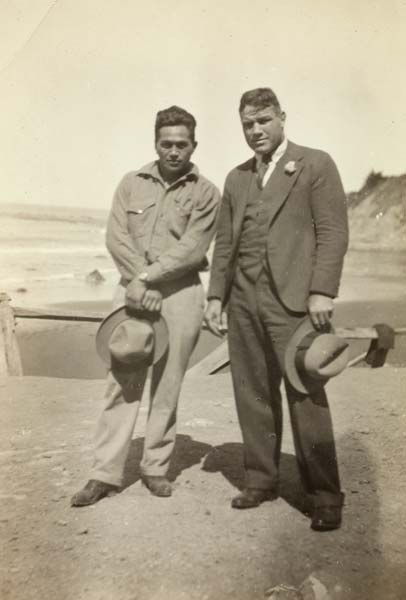 Two sporting greats – rugby player George Nēpia (left) and boxer Tom Heeney – are pictured here at Port Awanui in October 1928. Nēpia, who was born and raised in Wairoa, acquired fame in the unbeaten All Black side – the Invincibles – which toured the UK in 1924. He married and settled at Rangitukia on the East Coast in 1926. Heeney, who was born and raised in Gisborne, won the New Zealand heavyweight boxing title in 1920, and fought (but did not beat) Gene Tunney for the world championship at Yankee Stadium, New York City, on 28 July 1928.