Petition for separation from Nelson province, 1857 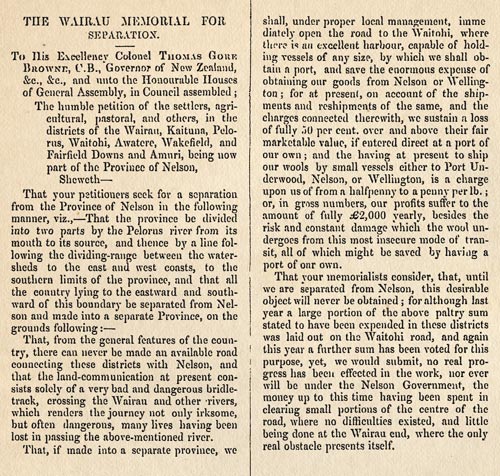 This 1857 petition for separation from Nelson province was not successful, but after another initiative a year later a new province – Marlborough – was established in 1859. Settlers wanted a separate province because virtually none of the income from land sales in the Wairau and neighbouring districts was spent on them (on roads, for instance). Runholders also thought that the Nelson council elected in 1856 was unsympathetic to their interests, particularly in respect of the costs of leasing or buying pastoral land.