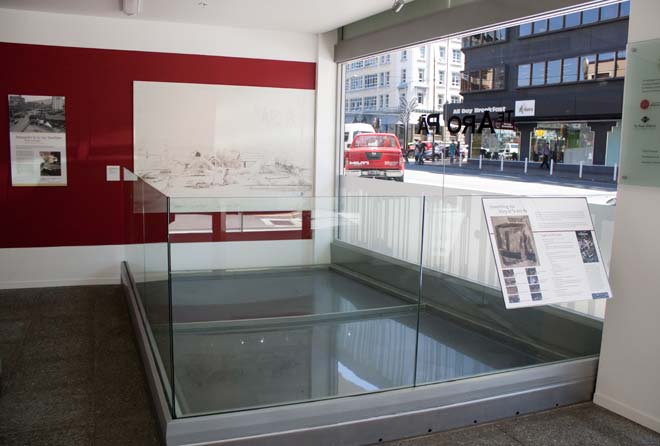 This visitors' centre on Taranaki Street, Wellington, is located where Te Aro pā used to stand. As well as containing preserved foundations of two ponga (tree-fern) buildings, it also has images with accompanying text about the pā. While initially Māori had hoped that the new cities would bring trade opportunities, instead they often found themselves on the margins of cities. By the end of the 19th century Te Aro pā, along with Pipitea and Ngāūranga pā, was no longer occupied.