Droving sheep on an unsealed road 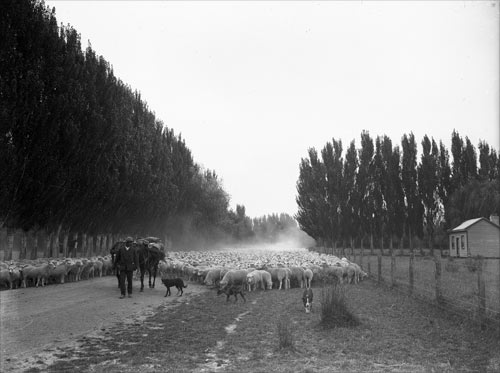 The rural districts of Hawke’s Bay are serviced by many unsealed roads. Nearly half the network of roads maintained by the Central Hawke’s Bay District Council remained unsealed in 2009. Dusty scenes like this one near Pākōwhai in the 1920s were still common.