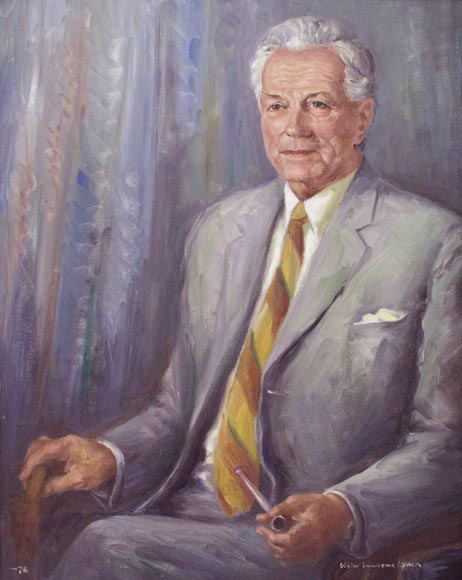 Norbert Modriniak (known as ‘Mo’) introduced techniques such as seismic prospecting and magnetic survey to explore geology beneath the surface. He also trained a generation of scientists and technicians.

After studying geophysics at the University of Leoben, Austria, in 1927 he arrived in New Zealand to make gravity and electrical surveys for petroleum in the Taranaki area. Dr Ernest Marsden, director general of the Department of Scientific and Industrial Research (DSIR), was keen to use geophysical techniques alongside traditional geological mapping. He appointed Modriniak to the New Zealand Geological Survey in 1933. Because of pressing economic needs, much of his early work was related to the location of alluvial gold deposits and quartz reefs. The equipment used by Modriniak and his team was primitive and often home-made, using cast-off electrical gear.

The first project was the use of seismic and magnetic methods to investigate rocks at the Branches dam site on the Shotover River. This led to an intense period of geophysical investigation of the hydro-electric schemes of the Waikato River, a forerunner of such investigations on rivers in the South Island over the next 40 years. The early investigations are recorded in ‘Experiments in geophysical survey in New Zealand’, New Zealand Geological Survey memoir 4 (1938).

On his retirement in 1974, DSIR colleagues subscribed to commission this portrait by Sister Lawrence Lynch. Colleagues regarded it as a good likeness, including scars on the left side of his face that Modriniak said were the result of duelling in his student days.