Attack on Rangiriri (1st of 2) 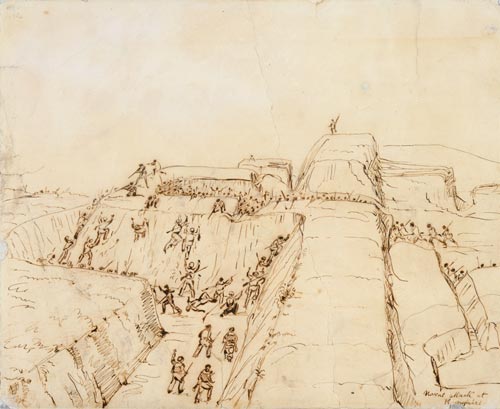 Charles Heaphy sketched naval forces attacking Rangiriri pā on 20 November 1863. The pā was built by Māori forces to block the British advance south into Waikato. It was formidable, with some of the parapets nearly 5 metres high in parts, and included a strong central redoubt. A 900-strong force of foot soldiers attacked from the north but was repulsed, as was the smaller naval party, which landed from gunboats and attacked from the south. The British did not enter the pā until the next day, when the Māori defenders mistakenly believed General Duncan Cameron wanted to negotiate.