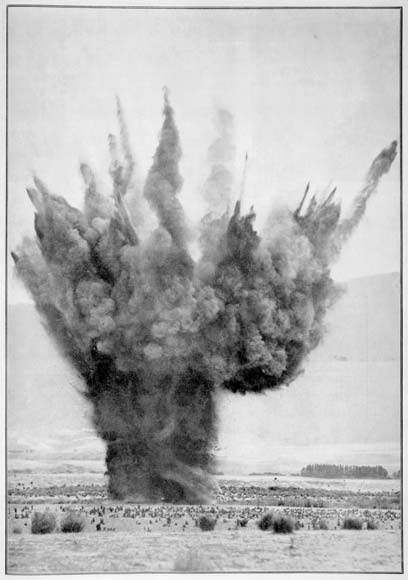 High explosives were used in seismic exploration. This charge was let off during a visit of Prime Minister George Forbes to a geophysical survey party, under the supervision of Norbert Modriniak, working at Bendigo (near Cromwell) in 1934. The photograph was later seen by Harold Wellman, then working as a gold miner in Nelson, and inspired him to seek a job with the Department of Scientific and Industrial Research. He later became one of New Zealand’s leading earth scientists.

Leaders in geophysics and oceanography