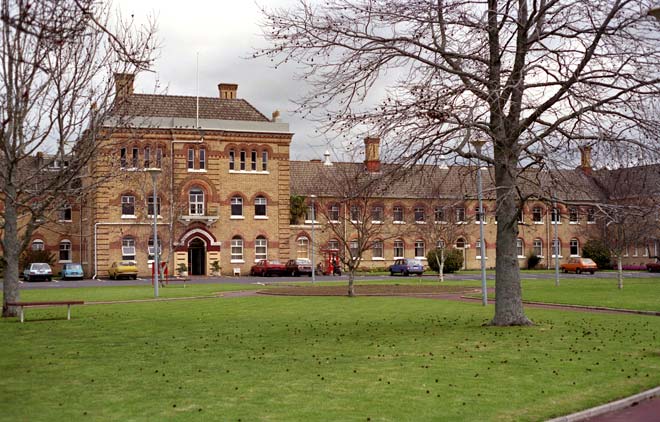 Some of the largest public buildings erected in the 19th century were 'asylums' – psychiatric institutions. They included the Auckland Lunatic Asylum, later Carrington Hospital, which opened in 1865. In 1900 the asylum housed 494 patients – 306 males and 188 females. Deinstitutionalisation of care from the 1980s led to the closure of the hospital, and in the early 1990s the building was taken over by Carrington Polytechnic, later Unitec. This 1986 photograph shows the Italianate-Romanesque style of the building, with its central administration block from which the separate male and female wards ran.