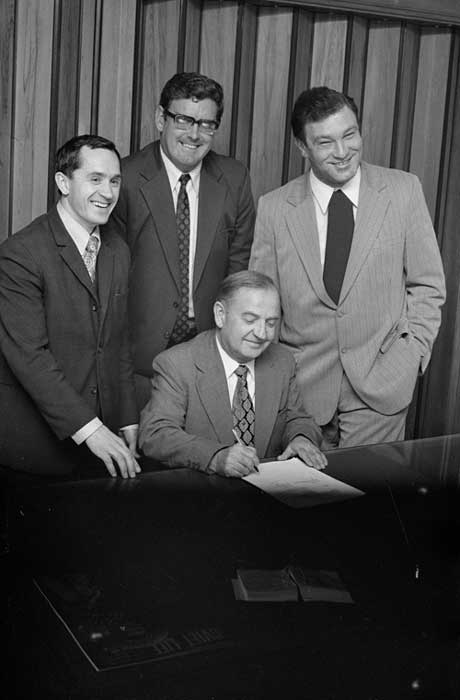 The Soviet Union (including Russia) became an important purchaser of New Zealand primary produce in the 1970s and 1980s. F. Shpota, trade counsellor at the Soviet embassy in Wellington, signs an agreement to purchase 36,000 tonnes of New Zealand meat for $17 million.