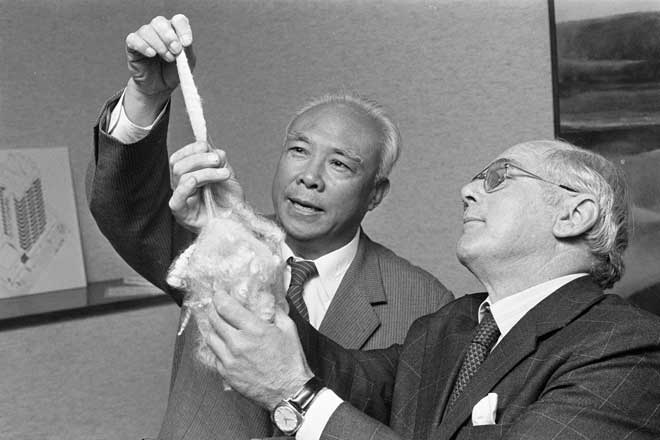 Communist China became an important purchaser of New Zealand wool in the 1980s. Liu Xiwen, a vice-minister in China’s foreign trade ministry, led a six-man team to New Zealand in 1987, a year in which China was New Zealand’s biggest customer for wool.

Prime Minister David Lange with the Emir of Bahrain, 1985