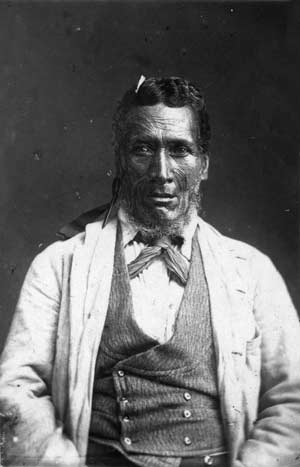 Āperahama Tipae represented Ngāti Apa in their dealings with the Crown and neighbouring tribes. He was the primary signatory to the Rangitīkei–Turakina transaction of 1849, which agreed to the European occupation of land in expectation of trade and other benefits. Āperahama Tipae died in 1891, reputedly at the age of 89.