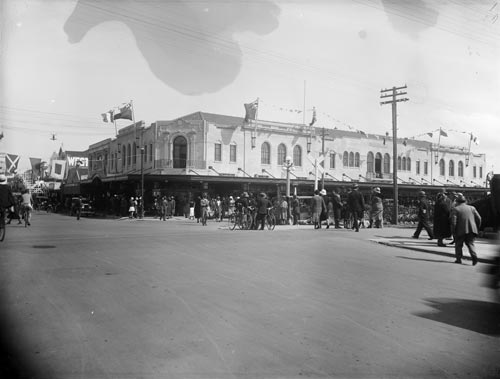 Hastings had become the main shopping centre of the region by the 1920s because it was at the heart of the fertile Heretaunga plain and close to prosperous Central Hawke’s Bay. This busy scene shows the intersection of Heretaunga and Russell streets in the central business district. The Westerman’s Building, a drapery store, was built in 1932 after the previous store was destroyed by the 1931 earthquake. It remained a prominent Hastings landmark in the 2000s.