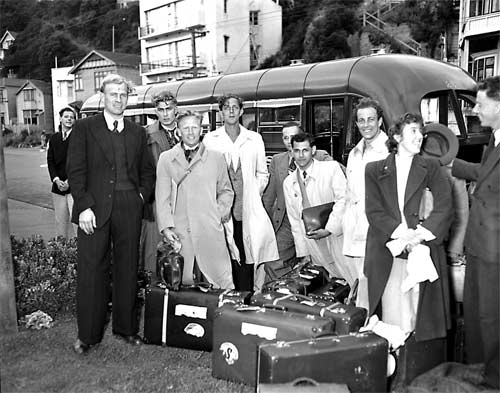 In 1950 an assisted passage scheme was also extended to the Dutch. Over 6,000 eventually came, and were later joined by many others who paid their own way, swelling the ranks of the Dutch community to over 20,000. Here some Dutch immigrants stand in front of their luggage soon after their arrival in Wellington, 1953.

Researching my father in law

Researching my father in law Evaradus Komen, who arrived on the steam ship Sibajak around 1953.