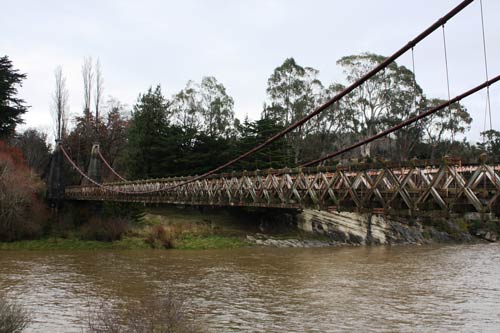 The Clifden bridge was opened in 1899 across the powerful Waiaua River. It replaced a punt which had previously provided access to the farm settlements of Wallace County. With a span of 111.5 metres, the bridge was at the time of opening the longest suspension bridge in New Zealand. It was closed in 2010 by, after restoration, was re-opened for pedestrian and cycle traffic in 2013. The east tower of the bridge holds a plaque commemorating the Clifden men who died in the First World War.