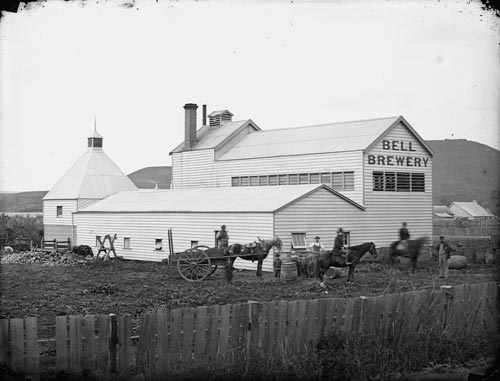 Some country towns grew large enough to produce goods for a wider market than just the local community. Food and drink manufacturers were often the first such development. This brewery is in Whanganui – which had a population of only about 2,500 in the 1870s.

The first Kaponga Town Board