The first Kaponga Town Board 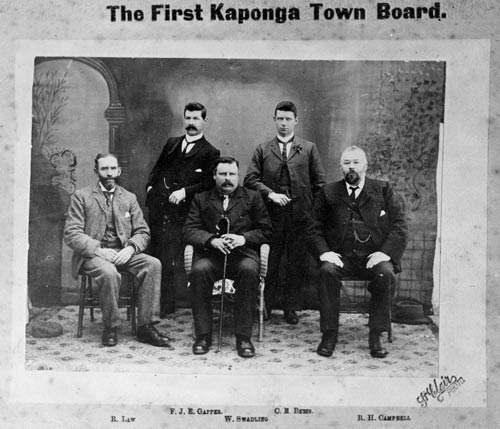 In November 1904 three cases of typhoid were reported in Kaponga. The Health Department investigated and decided that the town’s open sewerage pits were a major problem since they drained into wells. They recommended a drainage and water system. The crisis led the local community to establish a town board. When the members were elected in August 1905 they were a good balance of town and country – William Swadling and Robert Law were farmers, Frederick Gapper was a storekeeper, Robert Campbell a publican and Charles Betts a seed merchant. It took the board another seven years to establish the new water supply and drainage scheme.