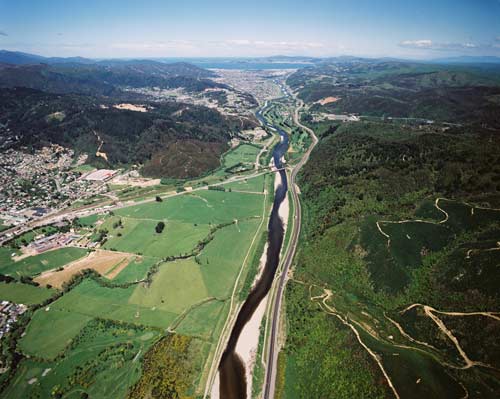 The Hutt River flows past Silverstream (left) and out to Wellington Harbour. The river’s headwaters in the southern Tararua Range are a major catchment for the region’s water supply. In the 19th century the river regularly flooded the Hutt Valley. During the 20th century stopbanks were built to reduce this hazard, but the river can still flood during severe storms.