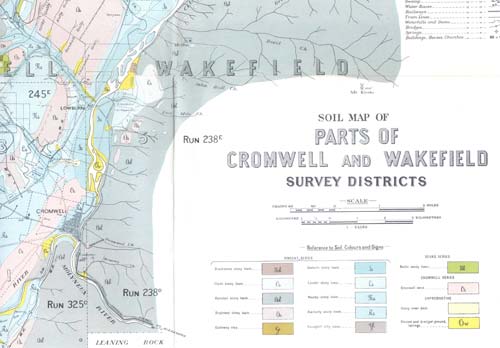 This is a section of a Central Otago soil map, completed by Ferrar and his team in a major survey made between 1926 and 1929. One outcome was to modify a proposed irrigation scheme, as it was shown that some soils were liable to become waterlogged, and salination (enrichment in salt) was likely in some areas.