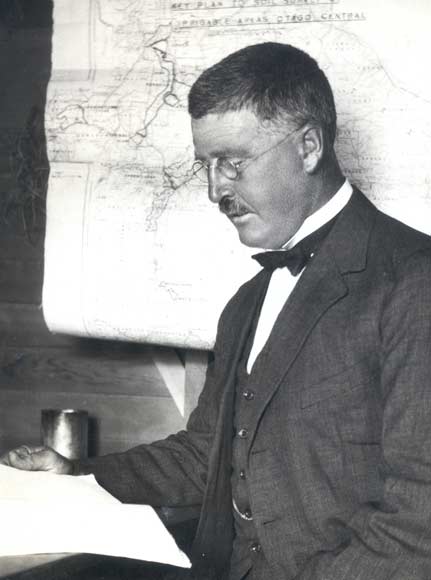 Soon after graduating from Cambridge University, Ferrar was appointed geologist with Robert Falcon Scott’s first Antarctic expedition (1901–4). He was the first to document the geology of the Ross Sea region, and the Ferrar Glacier bears his name. He then worked for the Survey Department in Egypt, on geological surveys that included the effects on irrigation on soils. Married to a woman he met in Christchurch, Ferrar maintained strong New Zealand connections.

During the First World War Ferrar served with the New Zealand Expeditionary Force in Palestine. He gathered intelligence from photographs taken by airmen, and later advocated the use of aerial photography in scientific investigations.

Ferrar joined the New Zealand Geological Survey in 1919, undertaking geological and soil surveys in Northland. In 1926 he and his mapping team spent three years in Central Otago surveying areas for possible irrigation. Ferrar trained a number of younger scientists who became leaders in soil surveying over the next 30 years. He died suddenly in 1932.

Hartley Ferrar was my

Hartley Ferrar was my grandfather. I don't suppose there's anyone alive who remembers him, but if there were, I'd be SO pleased to be in touch with them! I'm researching his Antarctic work currently.