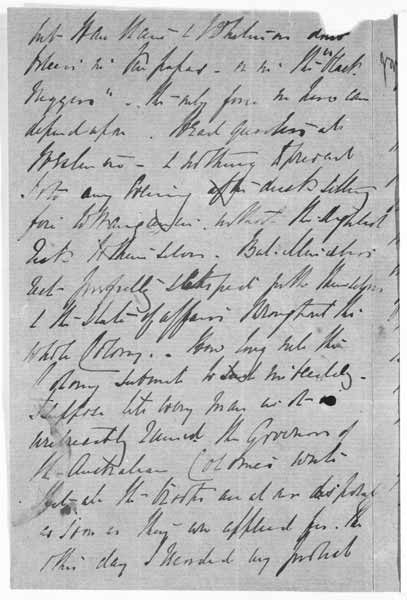 This 1868 letter from Isaac Featherston, the superintendent of Wellington province, to Donald McLean, the Hawke's Bay government agent, refers to 'niggers', a term widely used by Pākehā at that time to refer to Māori, even those who were loyal to the government. Featherston wrote, 'I could have got together some 500 or 600 friendly Natives, and have hurled them at Toto Kawarrus [war leader Tītokowaru's] head, but Hau Haus and [Colonel George] Whitmore dont believe in Kupapas – or in the "black niggers" the only force we here can depend upon.'