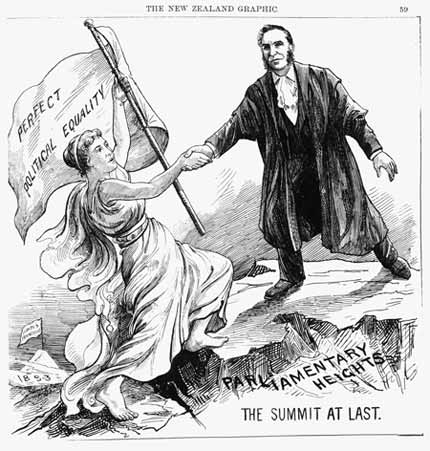 In 1893, while the Liberal Party was in power, New Zealand became the first country in the world to give women the vote. The women who led the campaign for the franchise had allies in Parliament, but had also to overcome the resistance of many male politicians, including the dominant figure of New Zealand politics, Richard Seddon. In 1891, when this cartoon was published, women were thought poised for victory in scaling the parliamentary heights. It took two more years for them to gain the vote, but it was another 40 years before a woman was elected to Parliament.