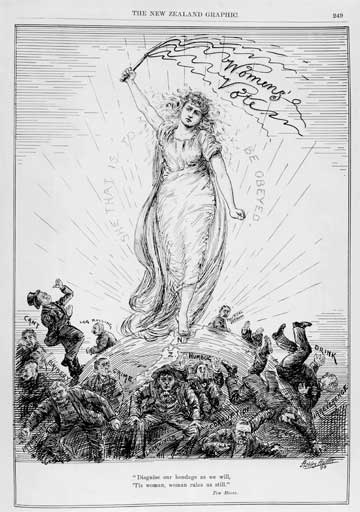 This cartoon, which appeared in the New Zealand Graphic in September 1893, reflected the popular perception that giving women the vote would put them in a commanding position. It depicts an exalted woman as ‘she that is to be obeyed’.

Hi there, I would just like to point out that in your description you state the cartoon "appeared in the New Zealand Graphic in September 1893." To me this suggests that the cartoon was produced in 1893 whereas I found upon further research it was actually produced in 1891. If this was made more clearer I think would be great and would benefit people doing research. Thanks