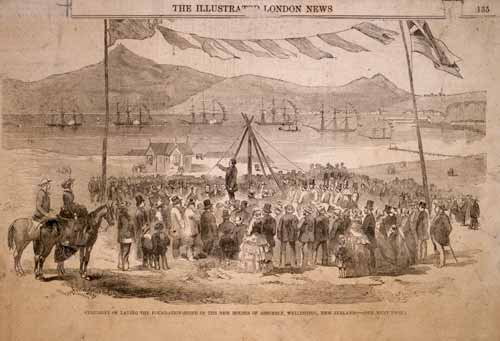 The British settlers of New Zealand achieved responsible self-government relatively quickly and easily. The country was governed initially as a number of largely autonomous provinces. In this scene, published in the Illustrated London News in 1857, the foundation stone is being laid in Wellington for the new ‘Houses of Assembly’ for sittings of the provincial council. When the country’s capital (the seat of the central government) was moved from Auckland to Wellington in 1865, this building became the first Wellington home of the New Zealand Parliament.