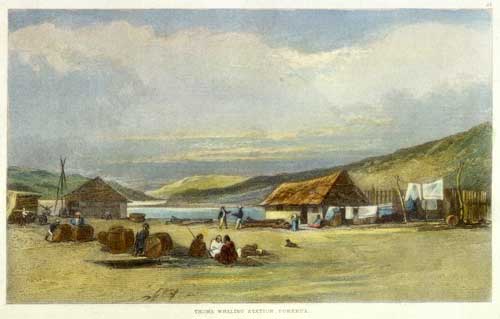 In the 1840s the whaling station of Joseph Toms (spelt 'Thoms' in the picture title) at Paremata was next to a pā which was occupied by a sub-tribe of Ngāti Toa. The proximity of the station and the pā indicated the close dealings between Māori and early Pākehā settlers on the Kapiti coast.

‘Scene of the Wairau massacre’