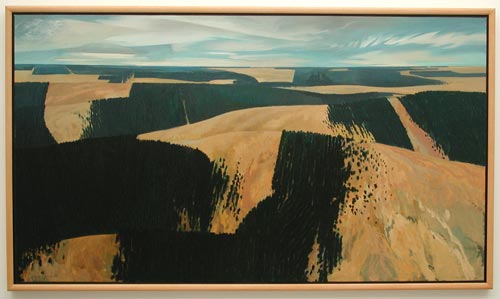 Painter William A. Sutton (1917–2000) spent most of his life in Canterbury, and was inspired by its varied landscape. His ‘Plantation series’ of paintings, done later in his career, were intended to express disapproval of the large exotic pine forests, showing them as ‘scabs’ on the landscape. Sutton grew up at a time when Canterbury was mainly grassland – but in fact it had originally been covered in forest.